Home Prepping Homesteaders, Preppers, and Mobile Preppers: All You Need to Know 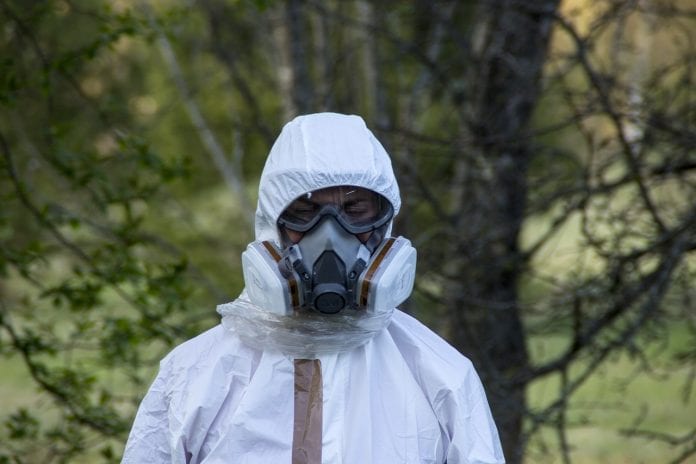 At PreparingWithDave, we recognize there are 3 types of people in the world:

The homesteader has always suffered horribly in history. They are always living on the outskirts of the land for reasons of room to grow food and raising livestock for many uses, so they are more vulnerable to marauders and further away from any other people for help if it is needed. Homesteaders have also historically been the slaves to any regional dictatorship, enforced by the mercenaries hired by the ruler. Other hazards have been indigenous peoples and wildlife itself, as well as weather extremes like flooding, drought, and storm winds.

The homesteader needs to be tough and resourceful enough to handle any situation they face in a creative and utilizing way while accepting death as a way of life when living from the earth. They have to be fiercely independent of all other people, which can historically be their downfall when dealing with regional tyrants that come wherever history is made. While the homesteader might be rugged and tough, they cannot fend-off the larger and more well-equipped forces of regional tyrants. They must learn to live within the restrictions and takings of the forceful poachers or make a decision to fight to the death.

Death will be the outcome 100% of the time. They are not only a staple of the needs of the tyrant but must also be made an example to those others that would rise up, if any challenge is made against their authority. While there have been successful uprisings throughout history, they have been few, and all have been devastating to the region where they occur. If you are a homesteader and there is a collapse of society, do not live in a fantasy that you will be able to avoid the next ruling authority and fend them off. Face reality and learn the politics and reality of the serf, or prepare for death.

I have great respect for those that live off the land and off the grid right now, but none of you totally avoid needs from a town store. If you are reading this, then you are not totally off the grid and self-reliant. Right there is your reality. If you rely on sugar, grains, medical supplies, and many other items, then you are not fully living off the land, and you are still on the grid. The grid is not just power and supplied water. There is social connection and loneliness as well. It is also a connective need for the regular supply lines of commerce. That right there is one of the real factors in SHTF.

Most preppers are in many ways, mentally and physically dependent on government resources to clean up any mess after a disaster of any severity. They do not fully comprehend the magnitude of a large scale worldwide event. Only those that have done without in life and experienced serious hunger pains, violence, and/or living without a home or family, can understand the true feeling of hopelessness when everything necessary to feed the spirit, mind, and body, is not available. There are people in life now that have experienced the feeling of such loss, while having the knowledge at that time in their history that no one was going to bring it to them, either.

Just storing a supply of food, water, and gear, is storing for many people that haven’t done so, that are seriously aggressive and physically capable. Adding serious mental, physical, and spiritual training that will help you handle the stress you will experience in those areas, is like installing the best security system of offensive and defensive capability around your preps. Most of prepper’s preps are not secured, even if hidden. The information of where they are stored is right there in your mind to be access by aggressive means.

I guaranty you that someone with my training can find out exactly where your hidden food, water, and gear is, within fives minutes of private discussion. But I’m a nice guy. Others with my training are not. Does this scare you? I hope it does, so you will get busy training like I do and secure your preps. For your sake, and that of your family and other loved ones. Otherwise, I believe you are being selfish and irresponsible as a prepper, and not fully prepping the way I view preparedness. Hire a real expert to tell you this if you need to, but don’t go by what a TV show so-called expert says.

Also, the government is shown to be cataloging preppers and mapping where they are, so even if you have a bunker, they know exactly where it is when they need food, water, and/or gear and ammo. There was a law signed that gives the government power to confiscate all materials, companies, food, water, gear, farms, etc. You had best be trained with a little more depth to act appropriately with a solid mind, body, and spirit under those conditions.

Show me one so-called expert in preparedness that will tell you not to strengthen your mind, body, and spirit, as well as your self-defense skills and abilities, and I will show you a phony.

What are Mobile Preppers?

The mobile prepper is the most prepared for anything, in my humble opinion. They can run, jump, climb, carry their gear, and fight. Of course, I am saying that they can do this at some level of ability, not necessarily the top level that is fantasied from movies that are not reality. This mobile prepping is not reliant on electronic technology to secure their survival or future. They can let go of everything that society values right now and walk away in a matter of 20 minutes or less to avoid whatever is coming their way.

The mobile prepper has consistently trained mentally in facing the realities of a world of violent and deceiving humans and has worked through many different and diverse scenarios to come up with solutions and immediate actions to take. They will have a faster response time in the decision-making process than most people. They decide and take action, while most people will be mewling about, waiting for someone to tell them what to do and then spend time arguing over it.

The mobile prepper has consistently trained physically to the best of their ability, even if handicapped, so they can carry some needs and move as fast as they can to the next safest place, while being able to defend themselves as best as possible. They have a better chance than others in situations that call for physical capability and fighting skills. Many people will be taken to the next realm from a wave, fire, or any other natural disaster. Some will be killed by harmful people they cannot avoid or fight back against that are in better shape and have better skills.

The mobile prepper has trained with their spirit to have a close connection with it and a bond that will guide them internally, even in the loneliest and harshest of conditions they will face. They stay in the solution and allow their brain to be guided by the spirit, rather than the corrupted and dependent mind ruling in stressful situations. Preppers with a strong spiritual connection can overcome the loss of a loved one and stay in the solution. They will grieve later when there is time and they are safe. Spiritually prepared mobile preppers do not fall prey to feelings of futility. They do not give in or give up.

How to Be a Prepper in the City

5 Ways to Protect Yourself from the Coronavirus (COVID-19)

Dave
When it comes to preparing for the worst, you need to have the best possible equipment and supplies. But those supplies aren’t cheap to buy. Sometimes...

What Does a Bow Stabilizer Do?

Carrying Hot Embers and Coals: Everything You Need to Know

What to Put in a Bug-Out Bag