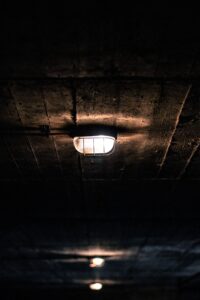 An underground bunker is a structure that is built below the ground to protect from external threats. It can be used for various purposes, including as a shelter during natural disasters, a safe room in case of home invasions, or even as an emergency storage area. The big thing is how much does an underground bunker cost you might ask?

While the cost of an underground bunker can vary greatly depending on the size and complexity of the structure.

It is generally more expensive than other types of shelters due to the additional labor and materials required for its construction. If you like this you may also like how to be a doomsday prepper in your bunker.

How Much Does an Underground Bunker Cost?

A basic underground bunker can range anywhere from $10,000 to $50,000 or more, while luxury bunkers can reach up to $1 million. The cost of building an underground bunker will vary greatly depending on the size and complexity of the project. Factors such as location, materials used, and labor costs will all play a role in determining the final cost.

Factors that Affect the Cost of an Underground Bunker:

The cost of an underground bunker depends on several factors, including size and complexity, location and terrain, materials used for construction, and additional features and amenities.

⦁ Size and complexity of the bunker

The size and complexity of an underground bunker will have a major impact on its cost.

The larger and more complex the bunker, the more expensive it will be to build.

This is because larger bunkers require more construction materials, labor, and time. In addition, complex bunkers may require specialized engineering or construction techniques that add to the overall cost.

The location and terrain of an underground bunker can also affect its cost. If the bunker is located in an area with difficult terrain or difficult access.

It may require additional excavation work or specialized equipment to build it, which can add to the overall cost.

Furthermore, if the bunker is located in an area prone to flooding or other natural disasters, additional measures may be taken to ensure its safety, which can also increase costs.

The materials used for constructing an underground bunker will also affect its cost.

Different materials have different costs associated with them and some may require specialized tools or techniques for installation that can add to the overall price tag.

Additionally, certain materials may be better suited for certain climates or terrains than others, so it’s important to consider these factors when selecting materials for your bunker’s construction.

Additional features and amenities can also affect the cost of an underground bunker.

If you want your bunker to include features such as air filtration systems, power generators, water storage tanks, or other amenities then you should expect these items to add significantly to your total cost.

Any customization you make such as adding extra rooms or installing special security systems will also increase your overall expenses.

Types of Underground Bunkers and Their Cost Estimates:

There are a variety of different types of bunkers available, each with its advantages and disadvantages.

Here’s a look at the different types of underground bunkers and what they have to offer.

Prefabricated bunkers are pre-built structures that can be quickly installed on your property.

They are usually made from steel or concrete and come in a variety of sizes and shapes.

Prefabricated bunkers are relatively easy to install and provide a good level of protection from outside threats.

However, they can be expensive and may not offer the same level of customization as other types of bunkers.
Prefabricated bunkers come at around $10,000 – $50,000+.

Custom-built bunkers are designed specifically for your needs and can be built to any size or shape you desire.

They offer the highest level of protection since they are tailored specifically for your needs, but they also require more time and money to build than prefabricated bunkers.

Custom-built bunkers can set you back anywhere from $50,000 to $500,000 depending on the level of customization you go for.

DIY bunkers are an option for those who want to save money but still have a safe place to go in case of an emergency.

These types of bunkers require some construction knowledge, but they can be built relatively quickly with the right materials and tools.

DIY bunkers may not provide as much protection as custom-built or prefabricated ones, but they can still be effective in certain situations.

Shipping container bunkers are becoming increasingly popular due to their affordability and ease of installation.

These types of bunkers use repurposed shipping containers as their base structure, which makes them relatively easy to install on any property without needing extensive construction work done beforehand.

Shipping container bunkers offer good protection against outside threats while being relatively affordable compared to other types of underground shelters.

Constructing your bunker in a shipping container is cheaper than other options but without the added element of guaranteed safety. They can cost around $5,000 – $20,000.

Converted space bunkers use existing structures such as basements or cellars as their base structure instead of building something from scratch like with custom-built or prefabricated models.

This type of bunker is usually cheaper than other options since it doesn’t require any additional construction work, but it may not provide as much protection.

It’s not designed specifically for that purpose as custom-built models would be.

Luxury bunkers are designed with comfort in mind rather than just protection from outside threats like most other types do.

Luxury bunkers tend to cost more than other types due to their high level of comfort, but they can provide peace of mind knowing that you have all the comforts you need even during an emergency.

The major downside of luxury bunkers is the massive price tag they come with. At the very least, you will need to pay over $500,000 for your bunker, and going more luxurious will reach or even surpass a million dollars.

Military-grade bunkers are designed for maximum protection against outside threats such as nuclear fallout or chemical weapons.

These shelters typically feature thick walls made out of reinforced concrete or steel, air filtration systems, blast doors, etc. Military-grade shelters tend to cost more than other types due to their high level of security.

Military-grade bunkers are not available for everyone, and even if they are, they come with a price tag of over $1 million.

In conclusion, there is no single answer regarding how much an underground bunker costs since many factors can influence its price tags such as size, type, materials used for construction, and location where it will be built.

However, by considering all these factors you should be able to get a better idea of what kind of budget you need for your project.

So that you can make sure you’re getting the best possible value for your money when constructing an underground bunker for yourself or your family’s safety needs!