Home Survival Skills Processing and Eating Snake: Everything You Need to Know 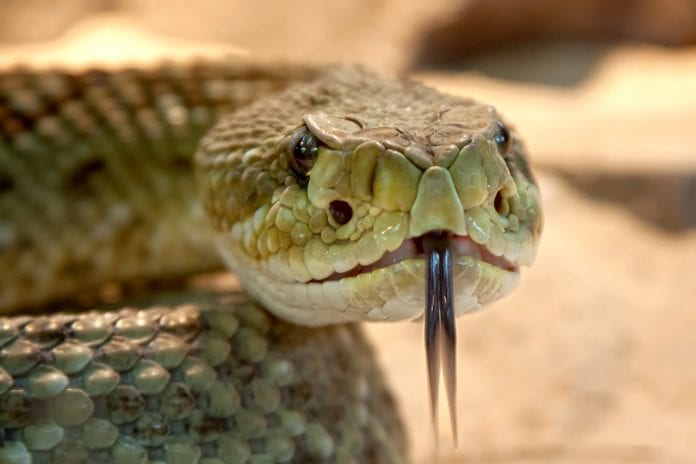 I grew up with fences around our yard, but behind that fence is where a lot of my natural growth occurred. Behind that back fence was another world for a young boy. Over that fence was a creek. Past that was the Southern Pacific Railroad. Beyond that were open fields that led all the way to San Francisco Bay.

My two brothers and other boys from the block would go exploring back there, catching many different snakes. One that I never was able to catch was the California Racer Snake. It was too fast to even attempt after a couple of tries. There weren’t any Rattle Snakes in our area, so we knew that all the snakes were non-poisonous. The Gopher snakes would mimic a rattler, but they did not have the rattle to sound. 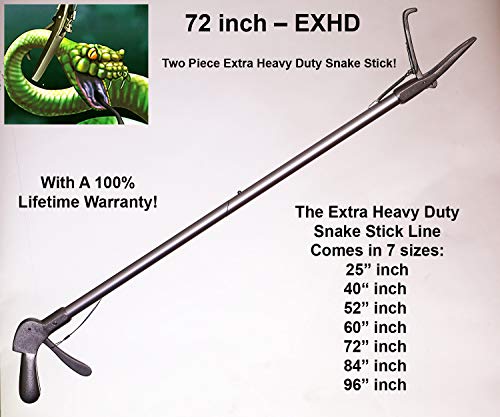 72" Extra Heavy Duty (two piece) Snake Stick. The EXHD Is The Best Snake Tong On The Market! The...
Check Price

One thing I learned at a young age was how to catch and handle snakes. I am wise enough not to play with or handle Rattle Snakes, or any other poisonous snakes for that matter. That is for those that have reason to do so, like extracting venom for the purpose of making anti-venom to treat snake bites.

To catch a snake, you must first find one. On hot days, you will find them under overhanging rocks or in furrows under rocks or logs. Sometimes they will slither their way under piles or layers of leaves to rest against the cooler and damper areas beneath. Always use a stick to move rocks or leaves. Even a non-poisonous snake bite can get severely infected very fast if not treated properly and effectively.

The best type of stick to use is one with a forked v-shape at the end. With this v-shaped end, you can pin the snake, just behind the head, and then catch it for use later, or safely crush the skull without being bitten. Another way is to make a snake-catcher loop stick, but they are dangerous. The reason is that the snake can slip through and get to you if it is not secured tightly around the throat area behind the jaw.

It’s best not to play Snake-Handler as you see on the nature shows. What they don’t show you is when they get bit and have to go through a lot of pain and anti-venom treatments if it was a poisonous snake. Just pin the snake and kill it, or bag it. They will normally go inactive in a dark container or bag.

Do not cut the head off the snake! That head makes for a good gripping tool when pulling the skin off later. First, make a slit-cut across the bottom throat area to just penetrate the skin, not the meat or muscle. Then make one the full length of the snake down the belly or bottom area deep enough to penetrate into the insides of the snake. Then remove all the inside, including the anus or vent. You can save this to fish with or put in your fish trap area to lure them into it. This action is called chumming.

Now is where the head comes into play. Finish your throat cut all the way around the snake. Now work the skin free little by little down towards the tail, until you can get a good grip with your fingers. When you get enough length of skin, roll it around one of your fingers for more grip.

Once you have a good grip on the skin and the head with your other hand, keep pulling the skin all the way to the tail. You can continue to re-position your other hand for a shorter space between your arms if necessary, meaning down from the head. You can now cut off the head.

Save the skin for many uses and for trading. Two snake skins of the same size can be sewn together to make a sleeve for carrying something or they can be used for decorative purposes. Snakeskin can hold water. There are many uses for snake skins.

Now all you need is a long, strong, thin stick, and a fire. Thread the snake onto the stick in such a way to make slight bends for more surface cooking area. You’ll know when the snake is done because it will become slightly flaky but firm. Make sure anything you cook is well done. It’s better burnt than bacteria.

I looked for a pictorial or a video for this article, but most people were cutting the heads off first. Even if it is a poisonous snake, just cut off the jaw part and save the back jaw part for grip. If you are worried about getting poked by the fangs or have no place to lay the snake down to cut it open, then place the head against a protruding stump of a stem on a tree (you know the kind that scratches your upper arm when you walk too close to a pine tree), and push it onto the stem to hang it. You can use your thumb on the lower part and the back of your knife near the fangs.

You can now cut open the snake, gut it, and remove the skin more easily. The head, neck, and jaw area of a snake are very muscular, so cutting it off is throwing away a useful gripping tool in the process of removing the skin. The meat is slippery and the bone can cut into your hand if broken. Broken skin and raw meat is a recipe for infection.

You should now be able to find a snake, kill it, process it, and cook it for food. Of course, this will take practice, but you now know what to do and practice. Snake doesn’t taste like chicken, chicken tastes like snake.

How to Sharpen a Mora Carving Knife

What Does a Bow Stabilizer Do?

Dave
Any experienced bow fanatic knows the importance of the bow stabilizer. This is an accessory you can easily adjust to recurve your bow and...

6 Best Home Wind Turbine Generators for Living off the Grid

How to Sharpen a Mora Carving Knife