Home Survival Gear What is a Tactical Pen? 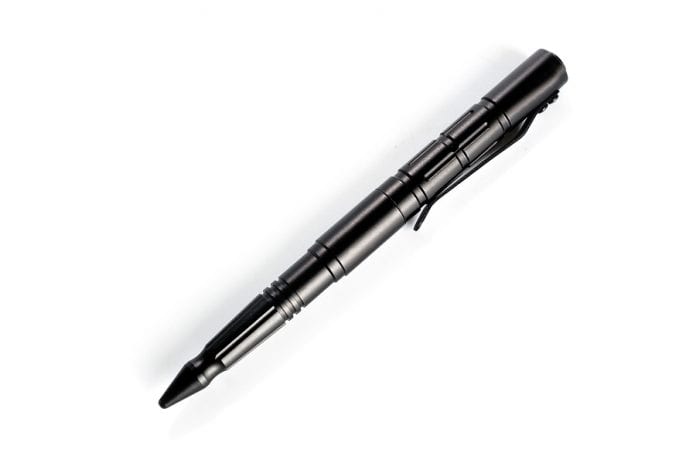 A tactical pen is a great variation of other known self-defense pens. It was popularized during the post-World War era, giving vulnerable citizens a way of protecting themselves from danger.

There are many different types of tactical pens, but the most successful have the guise of an ordinary writing pen. This review aims to help you identify the most impressive parts of the tactical pen and how easy it can be to use.

Most people think of the tactical pen as a top-secret weapon that only special agents carry. But that simply isn’t true! In fact, this item has been designed for non-professional use, requires little to no training, and is an excellent aid in self-defense.

If you check the different variations of the tactical pen, the most common themes you’ll see are its impeccable disguise and a solid end. The most powerful part of the pen is a hardened tip, ensuring the injury of any dangerous individual.

Another great thing about having one of these on hand is you can grab it easily, no matter the moisture conditions. This is thanks to special metal alloys on the surface, giving you plenty of grip when you need it most.

The tactical pen is also small enough to be hidden in clothing for ultimate stealth. Upon being searched by enemies, most would never think twice about your tactical pen being anything other than a normal Bic. Many people have escaped incredibly perilous situations using this pen as a weapon.

How Can You Improve the Use of Your Tactical Pen?

The answer is practice, practice, practice until you’re finally used to all of the pen’s features. Nobody can deny, you’ll have a competitive advantage against your enemy once you’re equipped with a tactical pen and know how to use it!

There are a few steps you can take to make your tactical pen even more effective. It is vital to harden the surface of the metal to make it even more deadly when defending against attackers. The tip of the tactical pen is also of great importance. It’s typically more rigid than the rest of the pen and brings a lot more pain to the person threatening you.

Tactical pens have shown significant growth in the last few years. They give you a simple and effective way of defending yourself, and you simply can’t go wrong owning one. Now you can stay armed, even with a pen.

The Basics of Woodworking for Survival

How to Cut Deer Jerky

Dave
Deer meat is one of the best to make jerky with. This type of preserved meat keeps on being one of the most famous...

How to Stockpile Food and Water for 1 Year

How to Cut Deer Jerky

6 Best Bowie Knives under $100 on the Market Today